Tumpek Wayang is the Balinese shadow puppet festival. It starts at the annual celebration of the Tumpek Wayang ceremony and throughout the day, shadow puppet plays are given to locals and visitors alike. The ceremony itself is meant to showcase the artistry of shadow puppeteering and puppeteers also perform a purification rite called ruwatan.

Tumpek Wayang falls every 210 on the Balinese Pawukon calendar, which is still confusing to me after 10 years in Bali! In 2016 Tumpek Wayang will be held on June 6th and December 31st.

Essentially, the story re-told by master puppeteers to honor the gods and to stop Lord Kala from preying on the children using intricately-designed leather puppets manipulated over candlelight.

Where to Watch Tumpek Wayang

Tumpek Wayang is typically held in small, intimate settings, like local temples, but anyone is welcomed to see. Ask around; drivers, local hotel staff and travel agents will be happy to find you a Tumpek Wayang ceremony to attend. 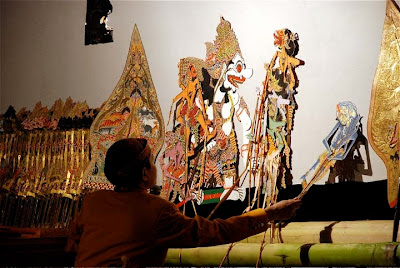 If you aren’t in Bali in June or December, don’t worry, there are other places you can see a Wayang show. Oka Kartini Bungalows and Minami Kerta Bungalows & Spa in Ubud both hold regular evening performances. You can also check at Setia Dharma House of Puppets and Masks for their performance schedule.

Get Lost in the Real Bali with Bali Lost Adventure

25 More Things To Do With Kids in Bali